The Vietnam Veterans’ Memorial Service due to be held on Sunday 15 August 2021 at the Springwood Cenotaph had to be cancelled, due to COVID-19 restrictions and lockdown at that time.

Below is a link to the address given by
His Excellency General,
The Honourable David Hurley AC DSC (Retd)
Governor General of the Commonwealth of Australia on Memorial Day 2021:

Due to COVID-19 restrictions it was attended by a very small group.

We thank Luke McKay, Chris McKay’s son, for producing this video of the event.

Please click on the image below to play the video. 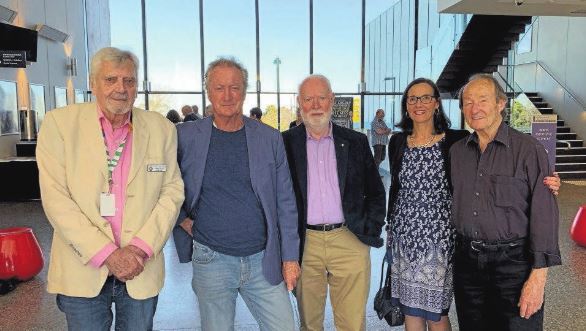 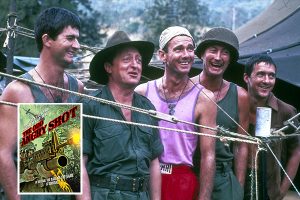 Below is the video, made by Luke McKay, of “The Odd Angry Shot”  movie fundraiser event

One of the Blue Mountains Vietnam Veterans & Associated Forces Inc. signature events is their Memorial Day.

Over time, this event has involved the participation of a most significant line-up of respected Australian Service and Public identities. 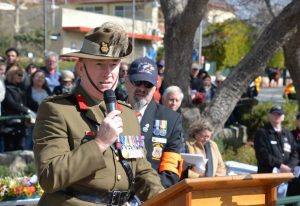 From the Blue Mountains Gazette

Brigadier Phillip Bridie was the Guest of Honour at the service, recalling the hostile reception Vietnam War veterans experienced when returning to Australia.

“The trauma of the Vietnam War had ripped the social fabric of our country and those who served not only bore their own wounds but also bore the collective wounds of the nation’s trauma,” he said.

But Brigadier Bridie said the Australian people “have learnt from this bitter experience”, with the 1987 Welcome Home Parade for Vietnam Veterans marking a turning point.

He said his own experience returning home from service in Afghanistan was vastly different. The 2015 homecoming parade for Operation Slipper – Australia’s military contribution to the war against terrorism across Afghanistan and the Middle East – was held only months after the operation’s close.

“The streets were lined with enthusiastic and supportive Australians of all backgrounds,” said Brigadier Bridie. “So I thank our Vietnam veterans, on behalf of all veterans since, for blazing the trail by developing in the Australian people a better understanding of our service.”

The Memorial Day event is held in the village of Springwood NSW. Each year, the  Blue Mountains Vietnam Veterans and Associated Forces conducts the largest single club annual parade and Memorial Service for Vietnam Veterans in Australia, Memorial Day occurs on the Sunday closest to the Federally recognised Vietnam Veterans’ Day, which is held annually on 18 August (Long Tan Day).